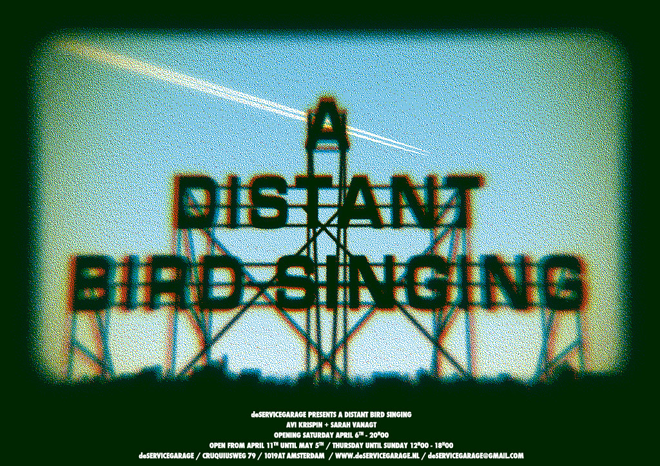 deSERVICEGARAGE presents ‘A Distant Bird Singing’ and shows work by Avi Krispin (IL) and Sarah Vanagt (BE). The exhibition includes two video installations, which leave an open-ended question to what is going on. Without words, can they still reveal their story? 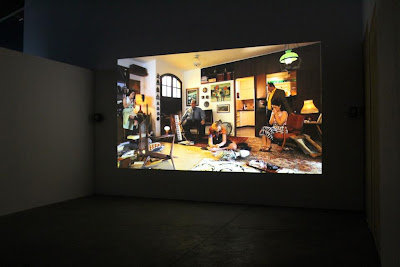 In ‘A Killer Reunion’ by Avi Krispin a collection of characters sit in a slightly wrecked living room, caught up in repetitive actions, as if following a terrible event. When a man in police uniform enters the scene, presumably to work out what has happened, it becomes clear that there is something else going on here.

In ‘The Corridor’ by Sarah Vanagt, a donkey is followed for five days during its weekly visits to old people in nursing homes in England. Time and time again the donkey is welcomed with open arms. It is only when the donkey enters the room of Norbert, a man who had lost his ability to speak, that an altogether different encounter takes place. 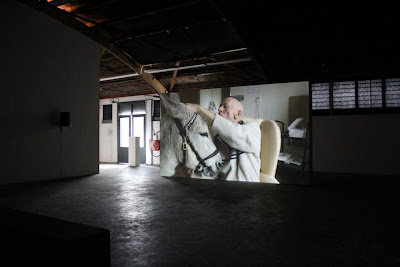 The silkscreened poster [limited edition of 100] by Michiel Schuurman is for sale at deSERVICEGARAGE during the exhibition for the special price of 10 euros // www.michielschuurman.com