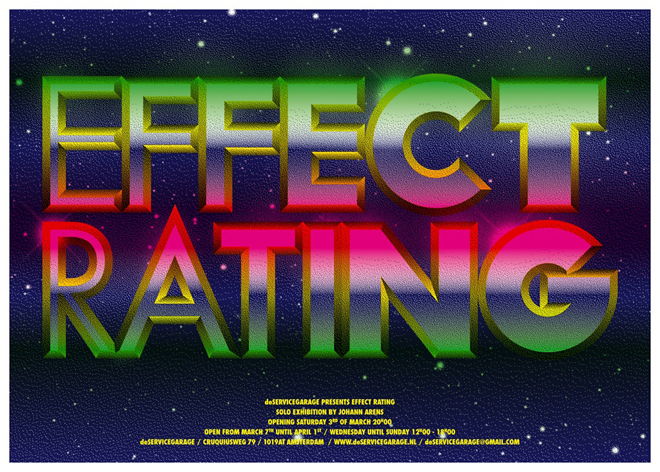 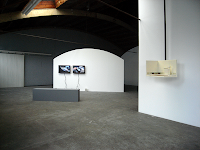 
Titled after one of the works on show, Effect Rating is an expansive selection of Johann Arens' most recent works. Bringing together this group of works for the first time, this show describes the artist's continuous interest in the complex and often contradictory concurrence between imagery and actual social space. 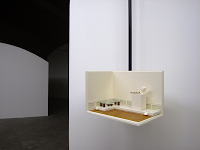 The works vary in format and display – from a scale model and installations to online presentation, photo wallpaper, projections and video screenings. Although Arens employs the language of both sculpture and film, at the core of his practice is a cinematographic preoccupation with different modes of moving image production. His work is an evolving system of collected, collaged and digitally processed imagery that responds to the conventions of film and its representation of reality. 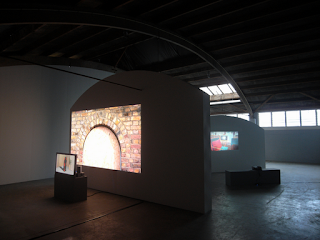 Much of Arens' works is concerned with the role of the various 'devices' used in image production; which then assume an object-like quality. Considering their social dimension he explores how they shape one's own viewing behaviour and with this, indirectly portrays the body of an active, producing 'user'. A complex but stylized investigation in forms, structures and processes of viewing and role-attributing, this exhibition further traces Arens' interest in methods of filmic expression and viewing practices. 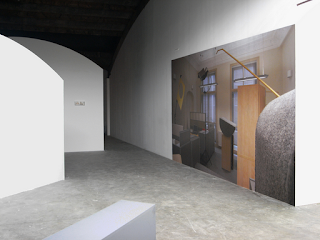 Johann Arens (b.1981) was born in Aachen, Germany. After graduating from the Gerrit Rietveld Academy in Amsterdam in 2006, he has worked in Berlin during a 5-month residency by the Nipkow Program and received a one-year stipend by the Netherlands Foundation of Visual Arts. Lately he completed his MFA at Goldsmith, University of London.

Recent expositions include ‘New Contemporaries’ at the ICA London, ‘Deceptive Eye’ at the Institute of Continuation in Stockholm, and ‘No Soul For Sale’ Festival at Tate Modern in London. Amongst others he participated in ‘A useful-looking useless object’ at Sierra Metro in Edinburgh and ‘I'll explain you everythiinnngggg’, Chert Berlin.


Exhibition was realised with kind support of the Sandberg Institute, CreativeColors & VriendenvandeSERVICEGARAGE.